Check me out on tour this week! 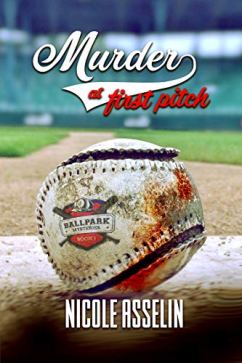 A few days later when walking the ballpark during her early morning hours, she finds the body of a man beaten to death with a baseball bat in the Visitor’s Dugout. It was the man her brother was arguing with at the party. Madeline is concerned that her brother would be considered a…

#mc_embed_signup{background:#fff; clear:left; font:14px Helvetica,Arial,sans-serif; }
/* Add your own Mailchimp form style overrides in your site stylesheet or in this style block.
We recommend moving this block and the preceding CSS link to the HEAD of your HTML file. */