Well, my book has been out for a little over two months now. And it’s still as exciting as my debut day!  I’ve been making the rounds on the South Shore and Cape to get the word out on my book.  (I’m also deep in the writing of book two).

My very first event was a book club held by some friends down in DC.  Bryce got us all set up on google hangouts and Abby and Kelly had some GREAT questions.  I even got a peak at little Lucy Mae at the end of the night.  So adorable!  And since I’m no good with my fancy computer, I took a picture of the group (including Lauren!)

They really helped me get an idea of what people would ask at events. So I appreciated them inviting me to their club!

Later in the month, I was so grateful to talk at my local library.  The Abington Public Library is where I did a bunch of writing, and I love it so much!  I went in a few weeks before my event and they had my books on the counter and my name on the sign.  I might have cried.  For a book/library nerd, this was the DREAM!

And my book was all checked out before the event!  So people were reading!  Unfortunately, my talk was being held on the same night as a very contentious school board meeting, so attendance was a bit down, but those that showed up were so enthusiastic and I loved meeting some of the local people who I knew would like my take on the town.

In the beginning of November, I was part of a panel at the Braintree Library.  I saw they had a local author event on their calendar, so I reached out to the librarian.  She had someone drop out, so I luckily took the spot!  Again, great questions and my fellow panelists were so great!  My mom brought her “squad” and we had a nice lunch at Derby Street afterward.  Highly recommend the BBQ pizza from Rustic Kitchen…just in case you’re ever in town.

(and in case you can’t tell, but my leggings are book spines…so very on-brand.)

And then….the New England Crime Bake in Woburn!  I’m a member of the board, so I was involved from the get-go in regards to social media. Since it was relatively close to home, I just decided to go up on Saturday for the day.  The Guest of Honor was Ann Cleves, who wrote the books the PBS show “Vera” was based on. I just started watching the show, and of course, I love a moody British murder mystery.  She was also extremely lovely, and I think she was an inspired choice for the conference.  I was part of a panel in the afternoon for debut authors and got to talk a little bit about my book.  Later that night, we got debut author medals presented by Ann Cleves. It was like the Olympics, but for writing.  I can’t wait to see those pictures when they come back!  I also met my fellow debut, Nicole. I kept referring to us as a 1960’s girl group “The Nicoles”.  Probably annoying, but it amused me!  Nicole Carson writes both mysteries and romance, so check her out!

And that brings us to this past weekend at the Sturgis Library in Barnstable, MA.  I had a nice group of friends and family show up!  My mom convinced the librarians to put me in the bigger room, so I could talk instead of just sit and sign.  I had a few surprises, Jay Roberts (reviewer extraordinaire) came from Wareham to get a brand new copy of the book he had an ARC of. My old boss from Alion, Paul Feeney also showed up….if only to give me crap about the person described on page 48.  He wanted to know where the inspiration came from.  I did tell him that Eliza is based on Lizy Belmonte, but she knows about it….so it’s not weird. He thought that was funny.

And for those that notice…yes, my hair has changed color three times by the end of this mini tour.  Keeps things exciting!

Hope to see you at some events!  (Maybe you’ll even get sneak peaks of book two!)

I’m so excited to be a stop on the blog tour for author Nicole Asselin and her new book Murder At First Pitch.  This is the first book in her Ball Park Mystery series.  I really enjoyed this one. 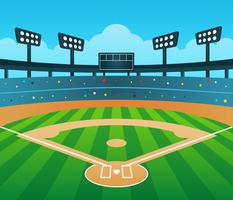