A few days later when walking the ballpark during her early morning hours, she finds the body of a man beaten to death with a baseball bat in the Visitor’s Dugout. It was the man her brother was arguing with at the party. Madeline is concerned that her brother would be considered a suspect. Through the local Detectives and Davis – the… 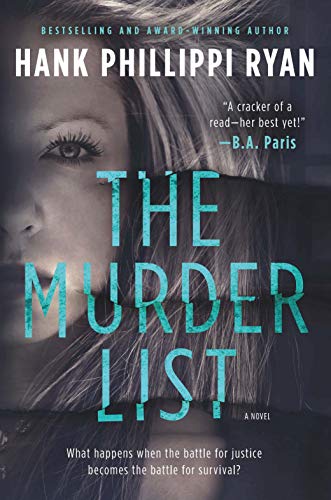 I was approved for this book on Netgalley….and I’m so glad I was.  First off, Hank is awesome as a person.  Second, Hank is an amazing writer as well.  And this book just rocketed to the top of my favorites list.  It’s out on August 20th, and I highly recommend you check it out.

This book was great. As someone obsessed with murder and law shows, this book was right in my wheelhouse.

The book follows a woman named Rachel, who, after starting out in politics, decides (with the help of her defense attorney husband) to go to law school. The reader finds out how she meets her husband, which is after she sits on a jury for one of his trials. Coincidence that they meet later, fall in love, and get married?

The Murder List refers to a group of lawyers who defend possible murder suspects who can’t afford a high priced defense attorney usually. Her husband, Jack, is constantly touting the fact that he helps people get justice, even if everyone else thinks they are guilty. One of my favorite parts of the book is Rachel describing her time in the jury room. I’m one of those weirdos who actually doesn’t mind jury duty. The law is fascinating, and I’ve only been called once for a jury in Brockton. The spot-on characters in the room with her could have been lifted from the same jury I was on. The discussions were similar too. Luckily I wasn’t involved in a murder trial, but man,

Hank does a great job getting into details of the defense and prosecuting sides of the law, and one wonders how much research needed to be done. Her investigative reporter instincts must have helped immensely.

And reader? The epilogue is banana-pants. I gasped. And I was reading it on my phone b/c I couldn’t put it down.

This thriller was great!

I won’t have any books handy, but I will be there with my fellow authors handing out swag and meeting readers!  Make sure you come by and say hi!