Prohibition is so hot right now.

Well, I don’t know if that’s true, but I do know that this week I read two books that featured the law quite heavily. 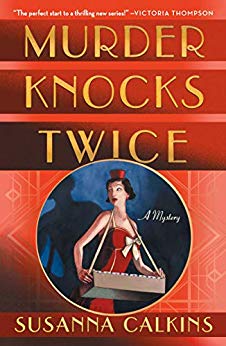 Set in Chicago in the midst of the turblent prohibition era, this books is filled with real life characters of the time. The mystery follows Gina Ricci, who, on the recommendation of a “friend”, goes to work at the notorious speakeasy “The Third Door”.  She becomes a cigarette girl, in hopes of making enough money to support her and her ailing father.  She befriends soldiers home from the war, gangsters, and flightly debutantes.  She even makes the aquantice of a family member that she didn’t even know existed. Unfortuantely, she then finds this family member murdered and begins to investigate the mysterious happenings at the speakeasy.

Love love loved this book.  I can’t wait for more adventures.  That time period fascinates me, and the whole cast of characters are infinitely interesting too.  I especially want to learn more about the young man working in the pharmacy above the bar. But, I’ll leave the next chapters to the author.

The second book (Out in September): 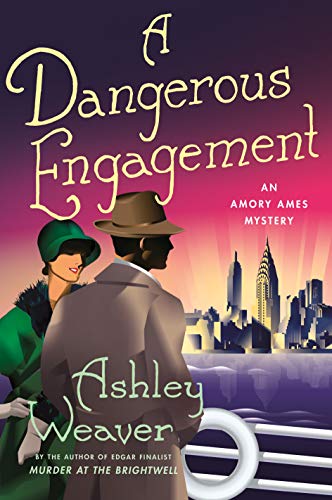 A Dangerous Engagement by Ashley Weaver

This book is part of the excellent Amory Ames series of mysteries.  This book follows Amory and Milo across the Atlantic to NYC to attend a wedding.  Her childhood friend is having a whirlwind engagement, and Amory decides to learn more about the young woman’s finacee.  She ends up investigating in a world of speakeasies and gangsters, but still manages to keep her head.  When the best man of the wedding is murdered on her friends doorstep by apparent gangsters, Amory flings herself into the investigation much to the chagrin of her husband Milo.  I’ve written about their relationship before, but in this book Milo really bugged me right until the very end.  I like that Amory doesn’t put up with his bossiness or rules, but there were some moments I thought he was deliberatly a little mean.  He definitely redeems himself in the end, but this investigation really put a strain on the couple.  Still, the underground world of NYC gangsters was fascinating, as was the descriptions of the illegal activites of the new characters.  I hope we see more of the dashing gangster and his singing accoutant, but who knows!

Also, book update:  Murder at First Pitch is through edits, and now I’m eagerly awaiting a book cover and ARC creation so I can send it out for book blurbs.  I’m still shooting for June, but I definitely want to get it going while we’re in the midst of baseball season!  Stay tuned.