In preparation for the new PBS Masterpiece series “Victoria” (PBS Masterpiece: Victoria), through Net Galley I picked up an advanced copy of the Victoria biography by Julia Baird. 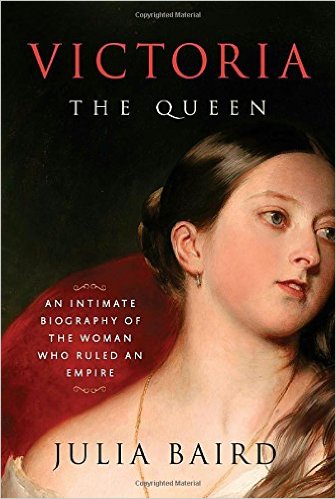 Now, I know a lot about the Tudor reign in England, and have read a copious amount of books regarding Queen Elizabeth I.  Victoria was never something I thought I’d be interested in.  The Victorian Era is somewhat prevalent in books, and it’s also a distinct style of living that we still use to describe things today.  The Victorian Era was epitomized by a moral standard and behavior, but there was a large groundswell of change too.  This is when the Women’s suffrage movement started to gain traction, and labor groups succeeded in protecting workers more than they had in the past.  Less child workers, less hours of women and children, and a relative peace across the Empire.

I mean, this is how “we” picture Queen Victoria: 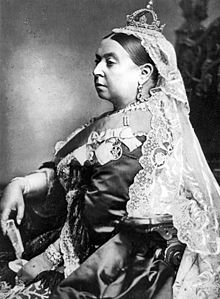 But she ascended the throne at a young age which is portrayed in the PBS show by Jenna Coleman (from Doctor Who!)

Victoria was never supposed to be Queen, but at a young age her Grandfather, Father, and Uncles all met fates that thrust her into the line of succession.  Even though women weren’t considered strong enough for many careers, Victoria met the challenges head on and thrust herself into the day to day managing of her empire.  Even after marrying the love of her life, Prince Albert (a cousin), she continued to be an active member in her government.  The book touches on how she tried to defer to Albert as much as possible, but still kept her spark as much as possible.  Even after his death, she continued on for many decades after.  The book discusses her deep depression after losing her husband, and how she slowly started to ease back into running her Empire.  She was very involved in Military campaigns, even at the expense of fighting her own Prime Ministers.

She eschewed normal standards, and even brought in a trusted advisor from Scotland in which many people thought she was having an affair.  In truth, he was just her closest friend and confidant.  After her death, her family tried to erase him from Victoria’s history.  Luckily, Baird finds enough to show how deep their connection was.  So deep in fact, that when she died, she asked to be buried with his picture and a lock of his hair.

Queen Victoria was a fascinating figure in history, and I’m glad I finally learned more about her.  Hopefully the show doesn’t use too much dramatic license because her life is plenty dramatic as it was.